The Kitchen Brigade is usually now only found currently in larger extensively staffed establishments. The concept of this fully structured but very hierarchical team was originally conceived by Auguste Escoffier, a venerated classical chef.

These are the usual roles within a large Brigade:

The ultimate position within the kitchen, and the highest in the management structure. Not usually involved in the everyday service, their role focuses on menu planning, conception of new dishes and the direction they wish the kitchen to progress in.
Many of these Chefs De Cuisine are very high profile, recognisable celebrities and rarely cook.

The Executive Chef only reports to a Chef de Cuisine if present, but in reality in most establishments this will be the highest role.
The Executive Chef is responsible for all aspects of the kitchen such as planning, menu control, creativity, and control of standards, costs and a considerable level of other administrative tasks. The Executive Chef will not spend much time cooking, but needs to be able to lead his brigade in the direction he wishes in terms of culinary progression and vision.

These Chefs perform exactly the same role as the Executive Chef but usually in smaller establishments, with smaller brigades. It is not common to find both Head and Executive Chefs in the same kitchens.

This role is literally the “under chef”, and considered by many to be the most hands on person within a brigade, responsible for the day to day running of the kitchen. These individuals are usually cooking within the kitchen and deputise fully in the absence of seniors.
The Sous Chef will often perform other roles such as,
Expeditor– calling out incoming orders and checking and monitoring quality and standards of dishes going over the ‘pass’ between the kitchen and restaurant, using this as the last opportunity to control standards.

The Sous Chef can also have other rankings within the title such as junior or senior in large brigades.

The Chef in charge, of a section or a station. These can be any section such as grill or fish. These Chefs can also have the honorific titles of senior or junior.

The lowest of the ranking Chefs these chefs are often the ones who produce most of the food, this is done with close supervision from their seniors after close instruction and teaching, to enable them to practice and polish their skills within the working environment.

These are Chefs in training and complete a variety of tasks that do not all involve any significant level of cooking. Duties will often consist of preparation work and cleaning, but it enables them to familiarise themselves with the kitchen and gain experience watching their seniors in service.

This Chef usually works in a separate part of the kitchen, and in itself is a significant role to be compared with a Head or Sous Chef role.
This can often be the creative heart of the kitchen and Pastry Chefs demand and receive a lot of respect within the brigade.
Should the pastry section be large this may also have the rankings for Sous and Chef de Partie within its team.

These can often be specific roles of varying importance and usage, but nevertheless have their own, but now rarely used titles; I include them and their French names for their probable and soon to be historic usage:

At Scattergoods we place all levels of chefs into kitchens large and small.  Our kitchen job board has details of some of our current chef vacancies. 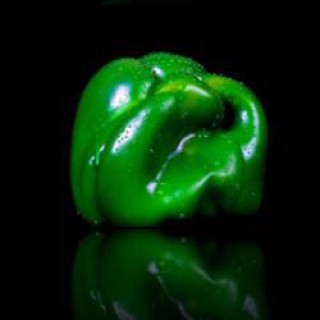 Catering and Hospitality Recruitment Specialists since 1975